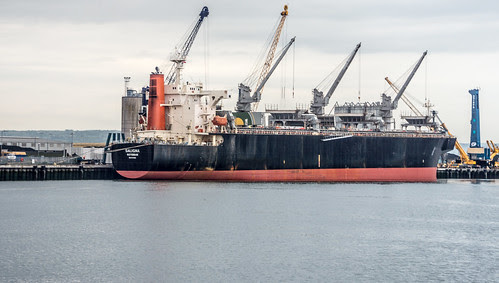 Belfast Port - Ship Unloading, a photo by infomatique on Flickr.

It is Ireland's leading dry bulk port, dominating the market with regard to imports of grain and animal feeds, coal, fertilisers and cement. Over 95% of Northern Ireland's petroleum and oil products are also handled at the Port.