THE WATERFRONT HALL IN BELFAST [WITH NEW EXTENSION]

OK, I must admit that I had failed to notice that this building had been extended until I returned home from Belfast.

Robinson McIlwaine designed the original building but lost out to Todd Architects for a £29.5 extension. According to many in Belfast the extension - which has already attracted local nicknames such as the Box on the Docks and the Sore on the Shore [I am sure that there are some rude names] - is an ugly addition to the Belfast skyline.

Belfast Waterfront is a multi-purpose conference and entertainment centre, in Belfast, Northern Ireland, designed by local architects' firm Robinson McIlwaine. The hall is located in Lanyon Place, the flagship development of the Laganside Corporation.

The development is named after the architect Charles Lanyon. Planning for the building began 1989, with the hall being completed in 1997 for the sum of £32 million. The main circular Auditorium seats 2,241 and is based on the Berlin Philharmonic Hall designed by Hans Scharoun. However the flexible design of the Auditorium allows the stalls seating to be moved to create a larger arena.

The smaller adjoining Studio seats 380. The dome of the building is coated in copper. This is so the exterior will eventually turn green and reflect the dome of Belfast City Hall and other Victorian buildings in the city centre. The building also contains bars and a restaurant. 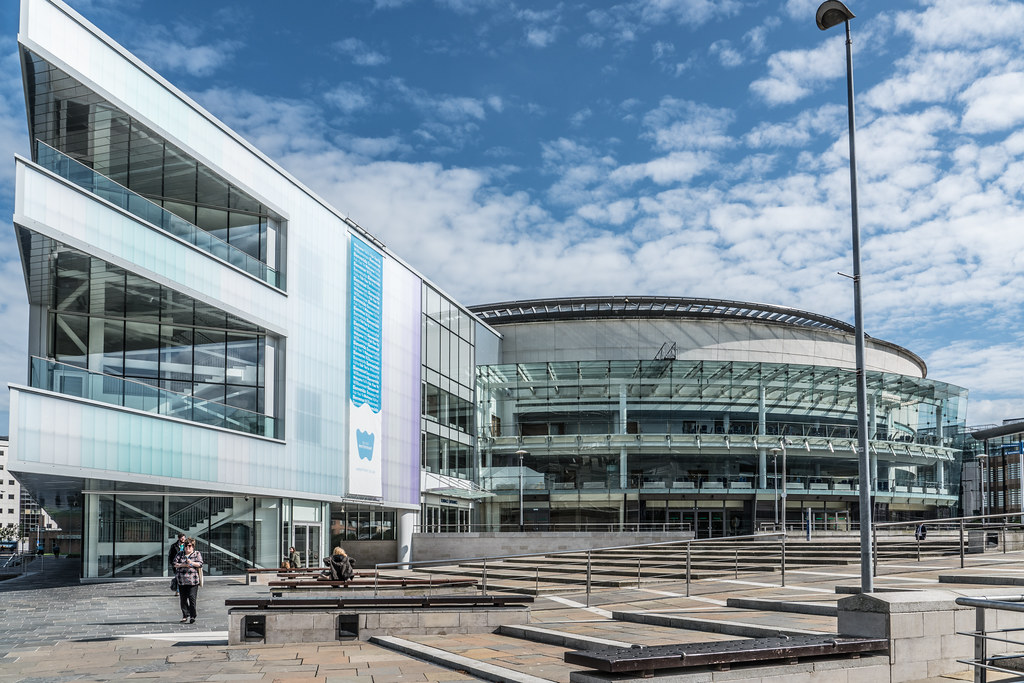 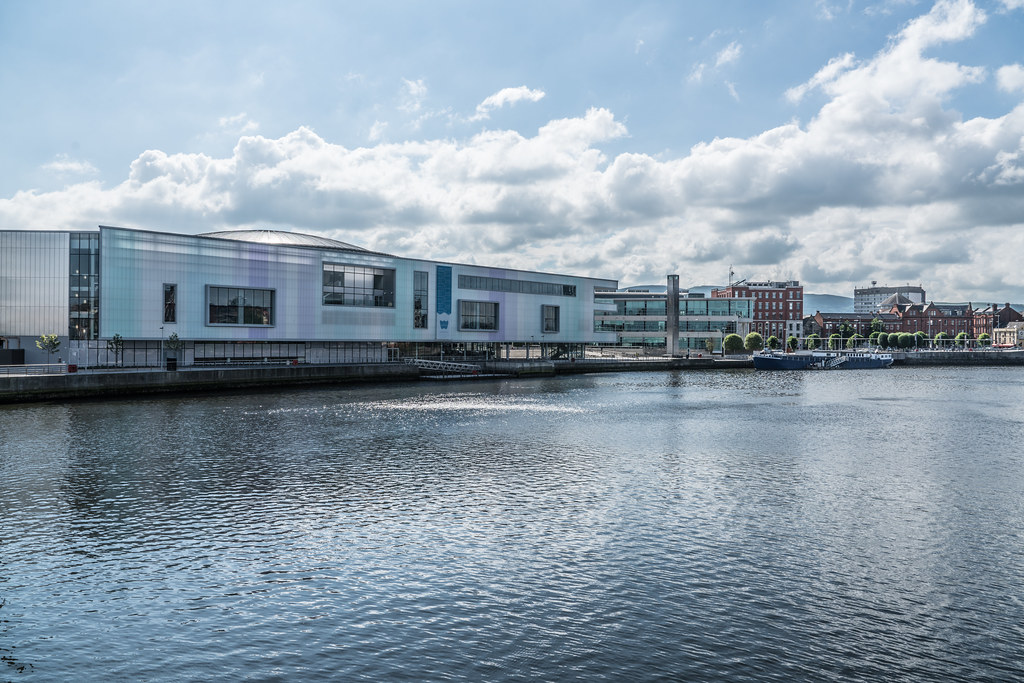 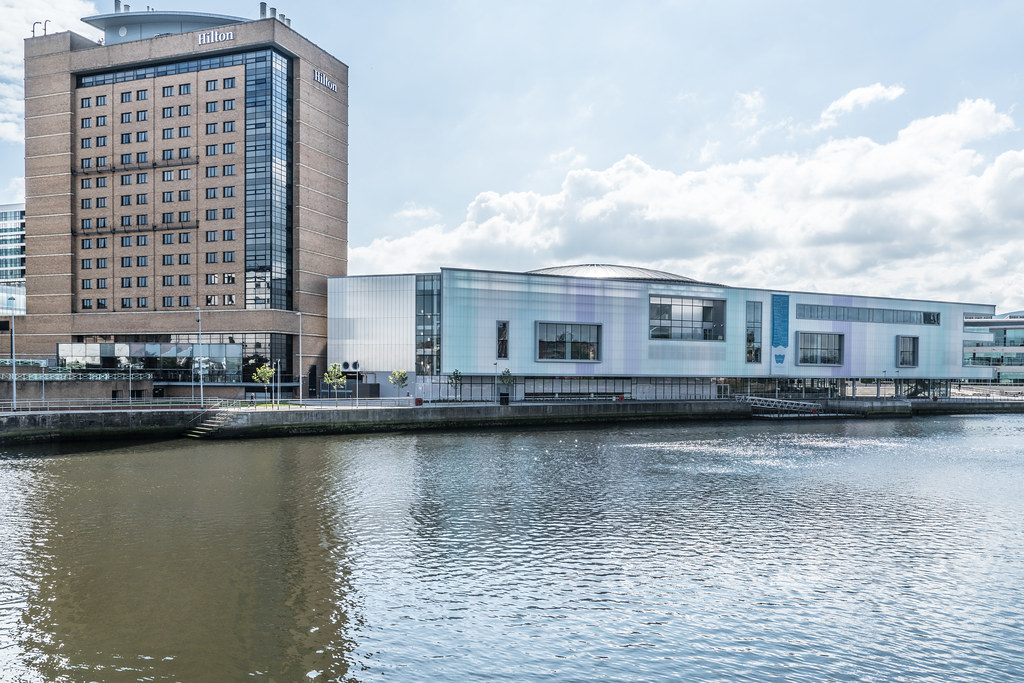 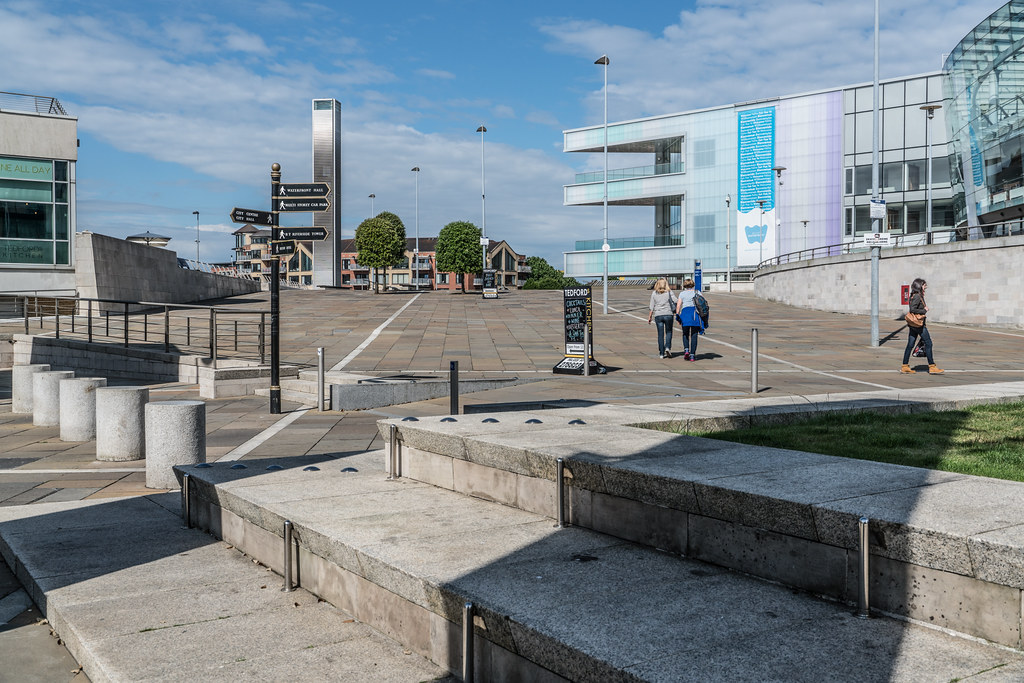 ORIGINAL - BEFORE EXTENSION WAS ADDED: 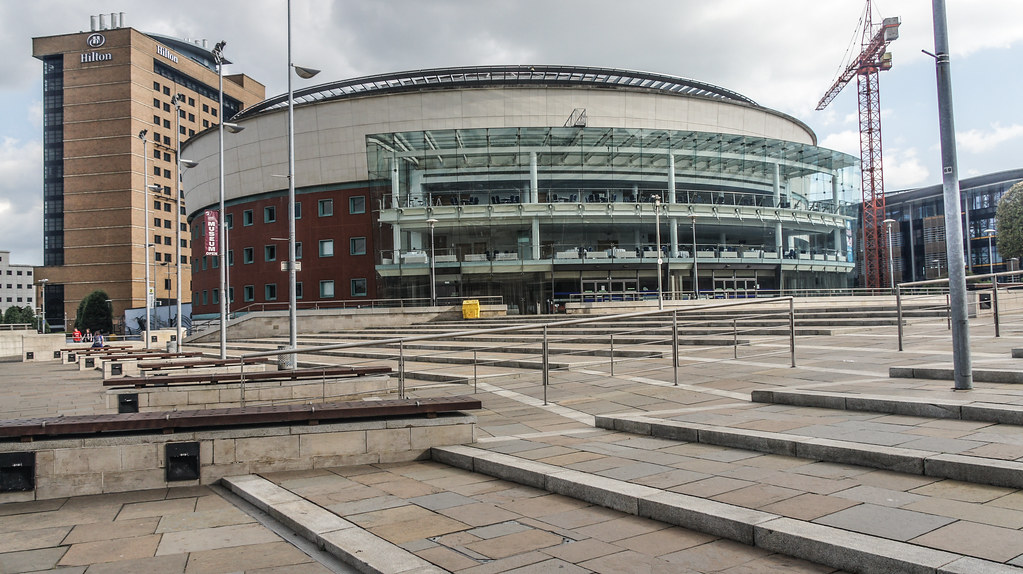