For many years the building as been surrounded by very unattractive hoarding but recently the Unite Union agreed to carry out works to remove the awful hoarding and to replace it with a high quality mural in keeping with the building. Unfortunately what I thought was high quality tile-work is nothing more than a painting on wooden hoarding. I must admit that they had me fooled.

While I am not from Belfast but the way this building is being neglected really annoys me.

I get the impression that many people consider this building to are nothing more than an ‘eyesore’ and that’s a pity. Take my advice and see it before it is gone forever.

I have visited this location a number of times over a five year period in order to see Transport House rather than the Albert Memorial Clock because it is much more interesting. If I want to see a Clock Tower there are many to be seen throughout Europe but of course not all of them lean. Built in 1959, in the International Style Transport House became the focal hub of the trade union movement in Northern Ireland.

When it was listed Transport House became the youngest listed building in Belfast. Originally designed as headquarters for the Amalgamated Transport and General Workers Union it was eventually taken over by Unite. It is believed that the architect, J. J. Brennan, was inspired by Michael Scott’s International Style ‘Busáras’ bus terminal in Dublin. The building is mainly clad in green tiles with a large mosaic to the front of the structure but unfortunately it is now derelict and in very poor condition. 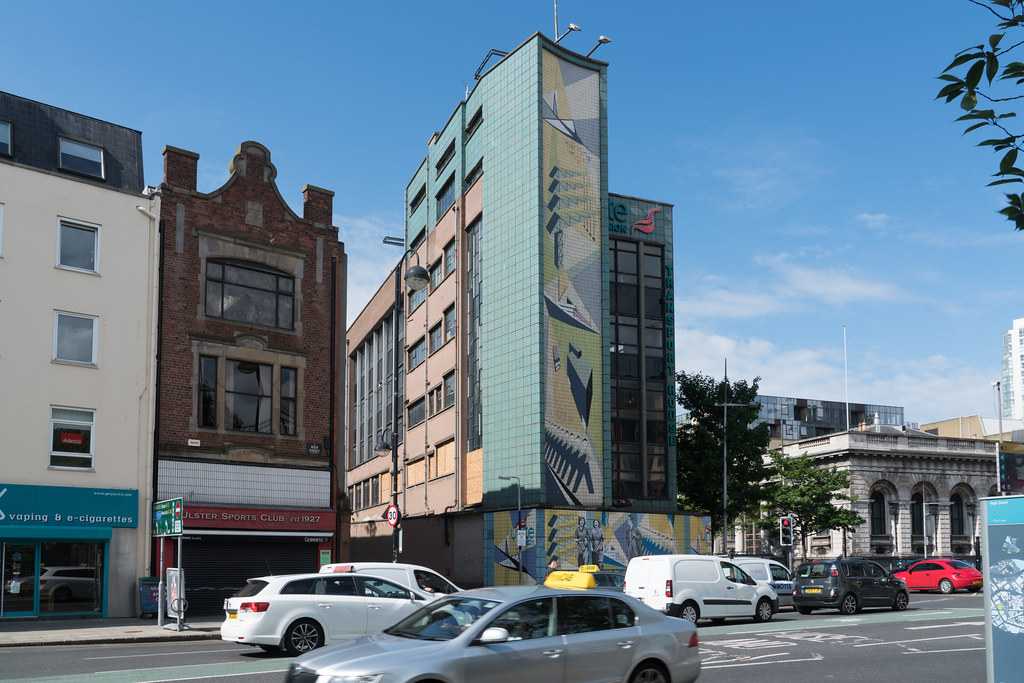 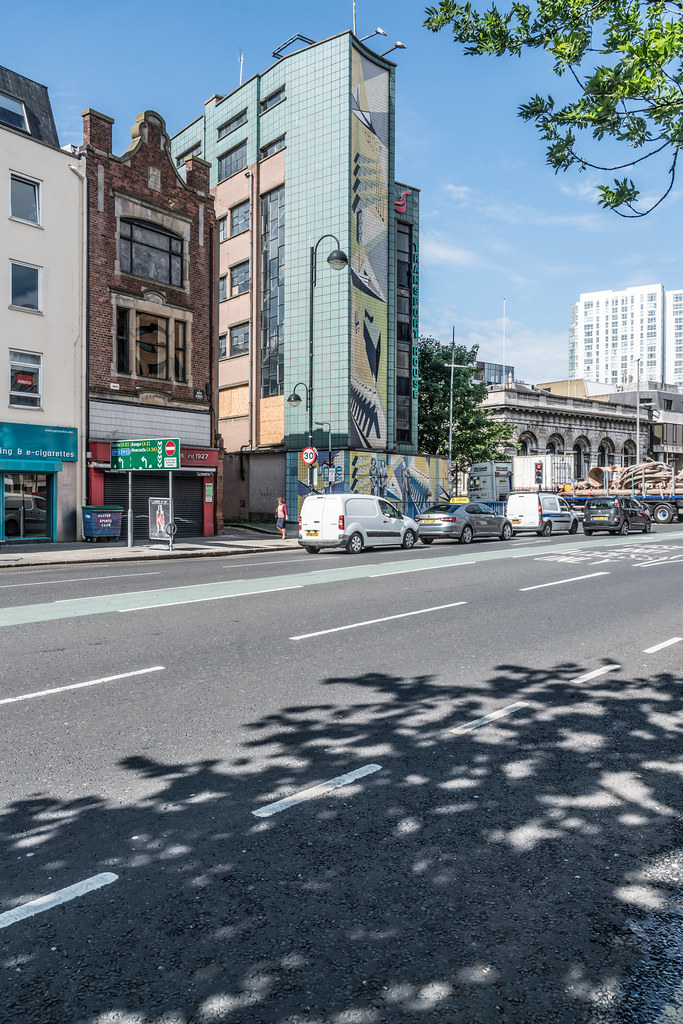 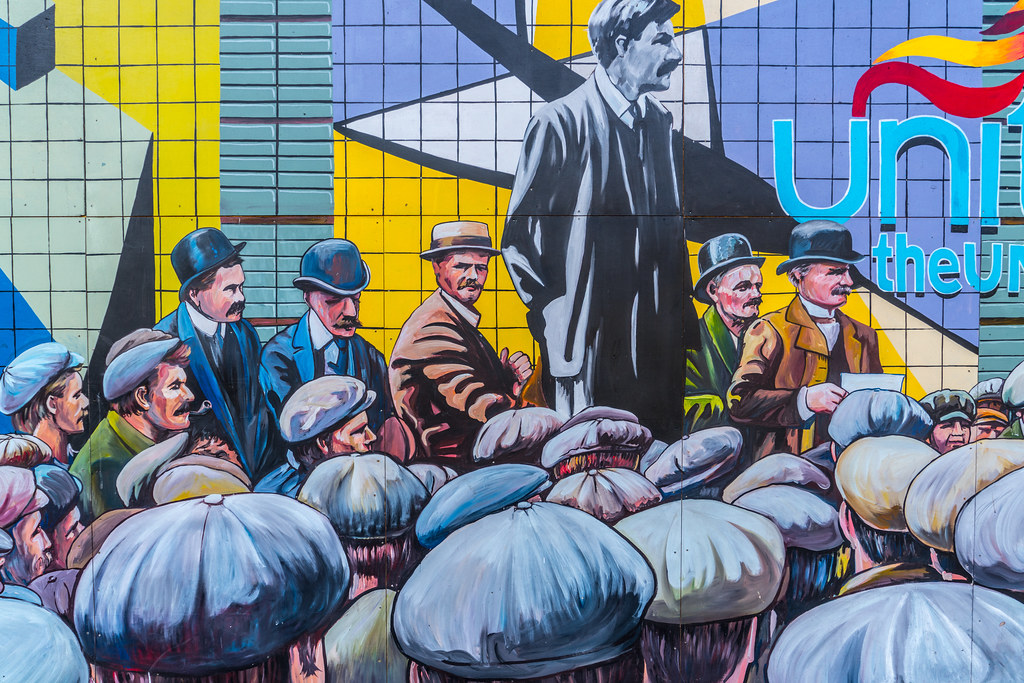 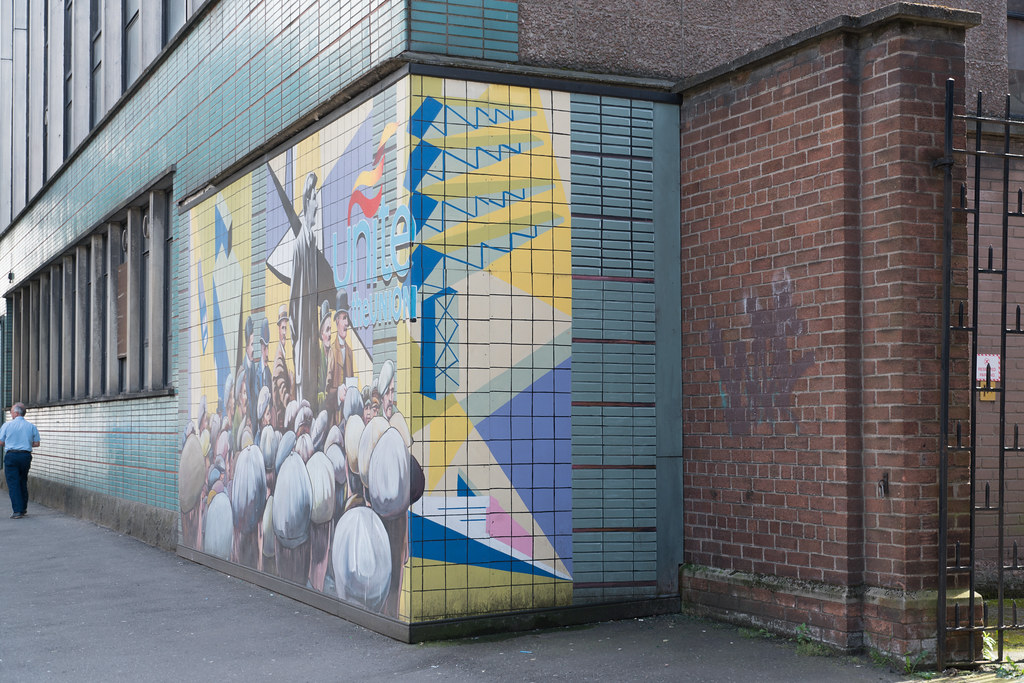 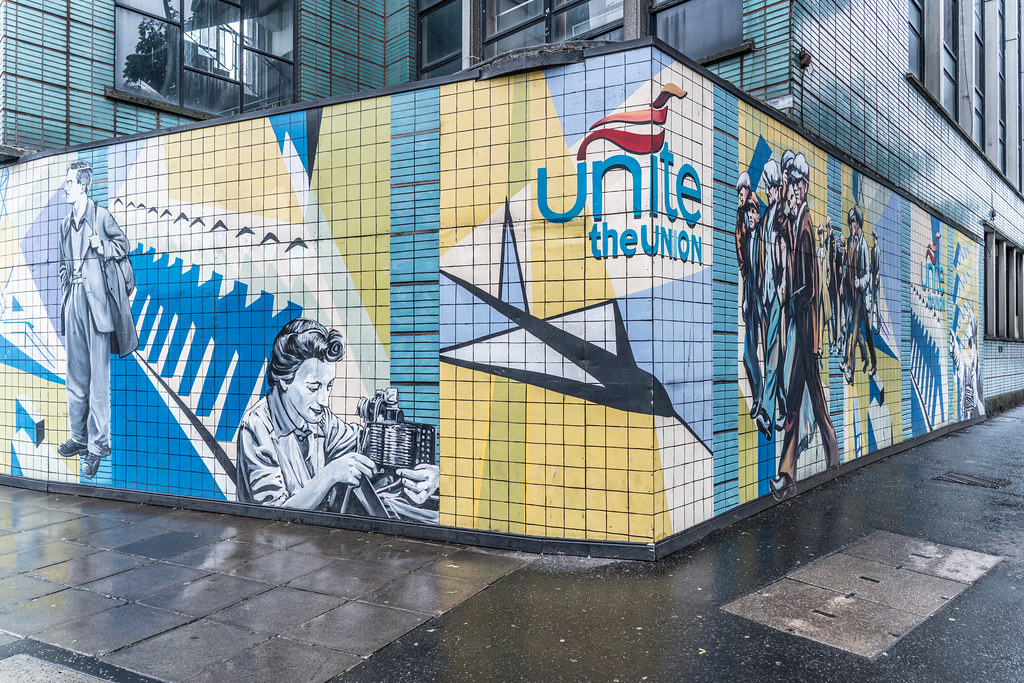